What is a Hacker?

When many people think of the word “hacker” they automatically think of a criminal that spends their time infiltrating computer networks. While this is sometimes true, the word “hacker” did not initially have a negative connotation. Hackers basically work to make programs do things they were not intentionally designed to do. While this can be a negative thing is some situations, it can also be beneficial in others.

The proper way to refer to a hacker with malicious intent is by the name “threat agent”. In this post I will identify different types of threat agents. I will give you a little insight into the level of experience they have and what motivates them to carry out malicious attacks.

A Script Kiddie is your most basic form of threat agent. They often lack the expertise to create their own programs. In order to infiltrate a system they need to rely on existing computer programs, scripts or code. These types of threat agents are the easiest to catch since they rarely know how to cover up their tracks.

When you look at the word “Hacktivist” you can probably spot the work activist within it. That is exactly what this type of threat agent is. These malicious individuals use their expertise to gain access to systems or damage them. They are socially or politically motivated to carry out their attacks.

Anonymous is famous (or infamous depending on how you view what the do) group of hacktivists.

An advanced persistent threat is a prolonged and target cyber attack. These types of attacks are often carried out by nation states in order to achieve undetected and unauthorized access to top secret systems. Once these hackers are into the network they do their best to remain undetected and extract as much information as possible. These threat agents are typically highly skilled and are good at covering up their tracks.

In today’s digital age mobsters have turned into threat agents. These types of threat agents have the typical structure that you would see within traditional organized crime rings. They have a leader and well-defined chain of command. These are they types of threat agents that leverage the internet for things like child pornography, human trafficking and other extremely heinous crimes. Thankfully we have many law enforcement agencies that are skilled in cyber security working to take these threat agents down.

These threat agents are often looking for ways to take out the competition. They perform attacks to take down websites, steal corporate secrets or disrupt their business entirely. Organizations and businesses rely heavily on their network infrastructure to conduct business and any interruption can have serious consequences to their bottom line. This is one way for one organization to take out another organization in a very unethical way.

These were a few examples of the various types of threat agents that are out in the world. While this may leave you feeling a little uneasy, I believe it is better to know your enemy and what drives them so that you can hopefully stop them. 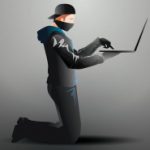