Proactive vs Reactive IT Support

This blog post was written by Kwabena Osei. He is a student from McDaniel College in the Writing for Main Street class gaining experience with local small businesses.

Would you drink a bottle of poison then drink the antidote or would you avoid drinking the bottle of poison all together? Remember Murphy’s Law, anything that can go wrong will go wrong. As humans we are brilliant creatures but we often make mistakes and things rarely go our way. This is why we have to be proactive and prepare for the worst. We cannot control outside events but we can control how we handle those events. Being proactive is addressing and solving problems before they become difficult to fix. Being reactive is ignoring potential problems until they become actual problems.

Consequences of Reactive IT Support

This is Randy, Randy is reactive. His business is suffering, not dandy. Don’t be like Randy.

As a real world example, in 2011, the PlayStation network went down from April 20th to May 15th.  According to information from a GameSpot article (see link at bottom), Sony lost 10 %( 10 million) of the 100 million accounts hacked. They also experienced a 30 % value drop in shares. This was a significant blow to Sony’s reputation. According to a DevOps article (see link at bottom), on average a technology failure can cost a business between $100,000 and $1 million per hour.  During these failures businesses still have to pay their employees for doing absolutely nothing. After all, time is money!

If you feel that your business network is vulnerable and unprotected, please call the experts at Tomlin Technology as soon as possible at (401) -861-6278! 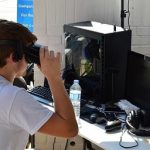 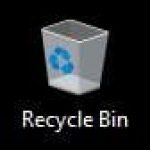 How To Enable Delete Confirmation Dialog Boxes in Windows 8 and 10All Posts, How To Guides